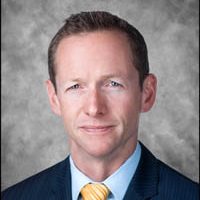 Tim serves as chair of DUGGAN BERTSCH’S Litigation group, and brings to the Firm a reputation as one of the top lawyers in sports and entertainment in the country.  Tim’s civil litigation and trial experience covers commercial, construction, product liability, and large loss claims.  Tim’s Sports Law practice focuses on the litigation needs of players, coaches, teams and schools and serves as Chair of the firm’s Sports Law practice group. Tim’s Sports Law practice is all-encompassing, but is litigation-based at its core. It spans from injuries on the athletic field (plaintiff and defense), to sports product issues, to disappointment lawsuits (lack of/misuse of an athlete’s playing time), amateur representation issues (while not violating NCAA rules), NCAA/high school association violations, personal website/social networking issues, multiplier/anti-recruiting measures, recreational immunity, coach’s standing to sue/file TRO’s, Olympic issues, off-the-field issues during athletic trips, doping/drug testing, construction/sports issues, and the intersection of sports/religion.

In the entertainment world, Tim serves as general counsel and outside consulting counsel to numerous music and arts promoters, venues, events, and festivals, from Collectiv Presents to Sofar Sounds; from Elsewhere in Brooklyn to El Corazon in Seattle; from Pitchfork and Riot Fest to Life is Beautiful and Baja Beach Fest.  Tim’s work in this space spans North America, counseling clients in all aspects of the business including contract negotiation and drafting, risk management, insurance needs, claims management, and strategic consulting.  Tim’s trusted counsel in the entertainment space has made him a sought after speaker at major entertainment meetings and conferences including Billboard, IEBA, and Pollstar.  Tim’s work in entertainment has earned him recognition by Billboard as one of the top lawyers in music.  Tim also serves as a member of XLIVE’s Advisory Board, speaking at XLIVE, the annual conference series which assembles industry leaders at the intersection of music, sports, film, culinary, beverage, eSports, technology, and brands, providing an opportunity for them to discover and discuss the latest trends and issues surrounding the industry.

Tim is on the list of approved lawyers for the United States Olympic Committee (USOC) which is compiled by the Athlete Ombudsman Office (AOO). The list consists of attorneys who have expertise in Olympic-related issues for athletes in need of legal counsel.

Tim serves as an Adjunct Professor of Law at Loyola University Chicago School of Law. He currently teaches courses in Sports and Entertainment Law.  Tim also serves as a curriculum advisor for EXPLO’s Sports and Entertainment Law course offered at Yale University.  EXPLO is a world renowned international not-for-profit organization providing learning opportunities to students of all ages.

Tim is an accomplished legal writer, published as an author and contributor in nationally respected law reviews, periodicals, and bar association publications including the University of Virginia, the University of Texas, the Chicago Tribune, the New York Times, the Los Angeles Times, the Chicago Bar Association, Crain’s Chicago Business, USA Today, the University of Illinois, ESPN the Magazine, the University of Pittsburgh, the Seattle Times, Sports Litigation Alert, Legal Issues in Collegiate Athletics, the American Lawyer, the Sports Business Journal, Sports Facilties and the Law, and The Wall Street Journal.  Tim has earned the respect and trust of his fellow attorneys by being selected for numerous bar association leadership positions, including his previous work as the Defense Research Institute (the national defense trial bar) Sports Law Special Litigation Group Chairman.  Tim is listed in the Sports Law Expert Witness Directory and has been featured multiple times in the DRI Leadership Spotlight.  Tim has also served as a legal analyst for ABC, Fox, and WGN.

Prior to joining the firm, Tim served as a Partner and Chair of the Sports and Event Law Group at SmithAmundsen, and worked as a summer associate for Donohue, Brown, Mathewson & Smyth, and Corboy & Demetrio.

While attending law school, Tim was the notes editor for the Elder Law Journal, Founder/President of the Irish Law Students Association, a Cali Award Winner for Academic Excellence and a Rickert Award Winner for Excellence in Legal Publication.  He was also a teaching assistant for Legal Writing at the College of Law, and Ethics in Engineering at the College of Engineering.  Tim is a member of the Board of Advisors of the Sports Law Institute (SLI) at Vermont Law School, and has served in an honorary position with the Fetzer Institute, specifically as a member of the Fetzer Advisory Council on Sports, and Embodied Spiritual Practices. The Fetzer Institute is a private, nonprofit operating foundation that engages with people and programs working to bring the power of love and forgiveness to the center of individual, organizational and community life. Tim has served as a member of the Sports & Fitness Industry Association (SFIA) Legal Task Force, and a member of the Selection Committee for the Tillman Military Scholars program.

Tim is an “AV” rated lawyer from Martindale-Hubbell, representing recognition of legal knowledge, analytical capabilities, judgment, communication ability and legal experience by his peers. He has also been selected by his peers for inclusion in Super Lawyers® lists since 2011, and Leading Lawyer lists since its inception.  Tim has received recognition from The Irish Legal 100 for his contributions to the legal profession and his Irish heritage since 2015.  This annual list honors the nations most accomplished and distinguished lawyers of Irish descent.  In 2016, Tim was nominated and identified as one of Illinois’ top attorneys, earning him the honor of being selected as one of Law Bulletins Forty Under 40 honorees. The committee at Law Bulletin Publishing Company sifted through over 1,300 nominations to select 40 of the most talented young attorneys practicing in Illinois. The 40 chosen for this recognition possessed intelligence, passion, success in the office, a desire to help community and most importantly, a willingness to work hard at one of the country’s most important professions.

The Cook County Assessor’s Office recently announced updates to its assessment and appeal process in response to the coronavirus pandemic.  Normally, one-third of Cook County is reassessed in any given year, but due to the projected impact of COVID-19 on property values, the Assessor announced adjustments are planned across the entire county.  To make assessments […]